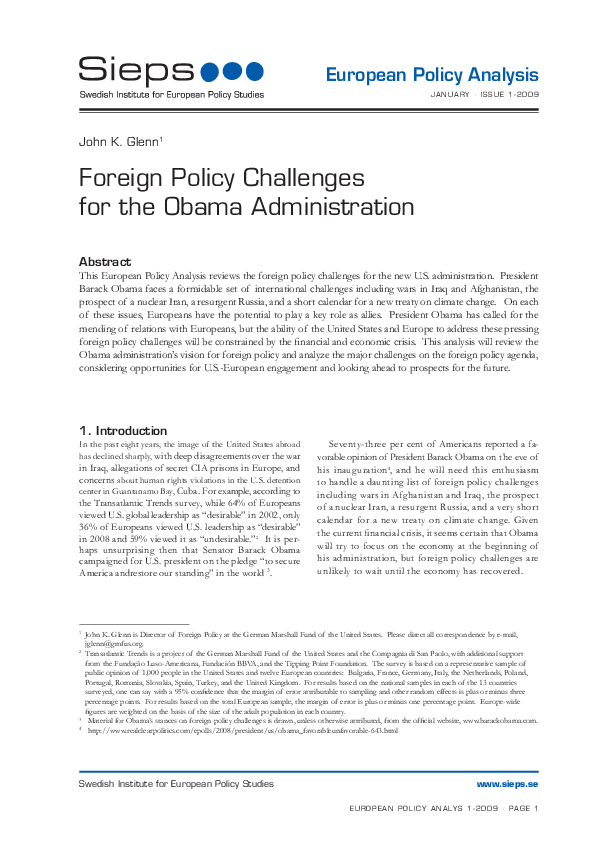 administration inherited a formidable set of international challenges including wars in Iraq and Afghanistan, the prospect of a nuclear Iran and a resurgent Russia. Moreover, a deep economic crisis has radically changed the preconditions for the conduct of U.S. foreign policy and the international status of the USA during the previous president reached unprecedented low levels.

Europe will play a key role as a prospective ally, which calls for the United States to seek to mend relations with its allies after the declining image of the United States abroad under the Bush administration.

The analysis was presented at the seminar Foregin Policy Challenges for the Obama administration and is a part of the research project EU as a Global Actor.