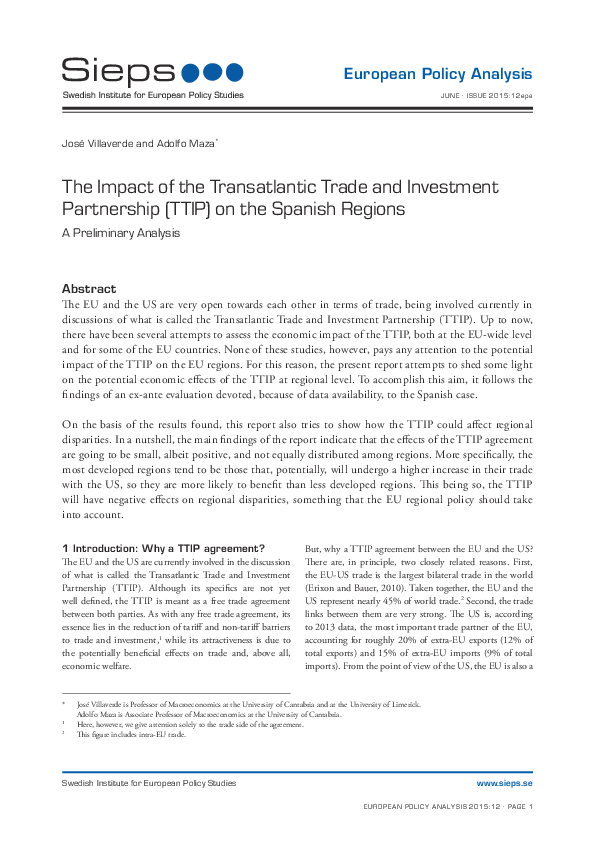 This European Policy Analysis sheds light on the potential economic effects of the TTIP at regional level in the case of Spanish regions. The effects of TTIP are going to be small, albeit positive, but not equally distributed among regions. The most developed regions are more likely to benefit than less developed regions, which indicate that regional disparities may increase.

The publication is a part of the SIEPS research project The EU as a global power.