Seminar on the rule of law and democracy, 27 January 2020, co-organized by SIEPS and CER and hosted by the Swedish Permanent Representation to the EU. 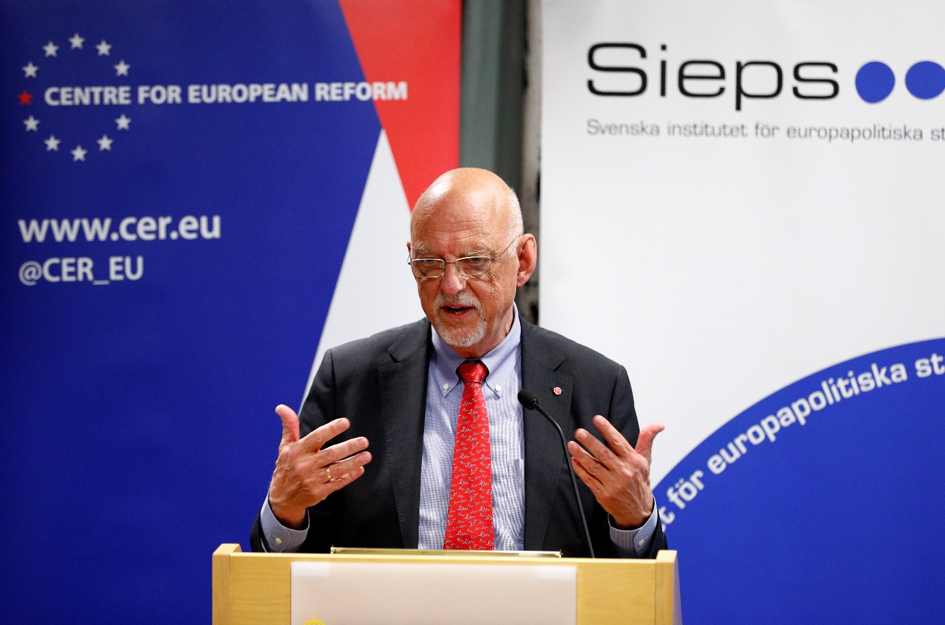 At the seminar, the discussion focused on the rule of law and its connection with democracy. Sweden’s minister for EU Affairs, Hans Dahlgren, welcomed the audience in Brussels and stressed the importance that the Swedish government attach to the rule of law as a foundation for the EU. 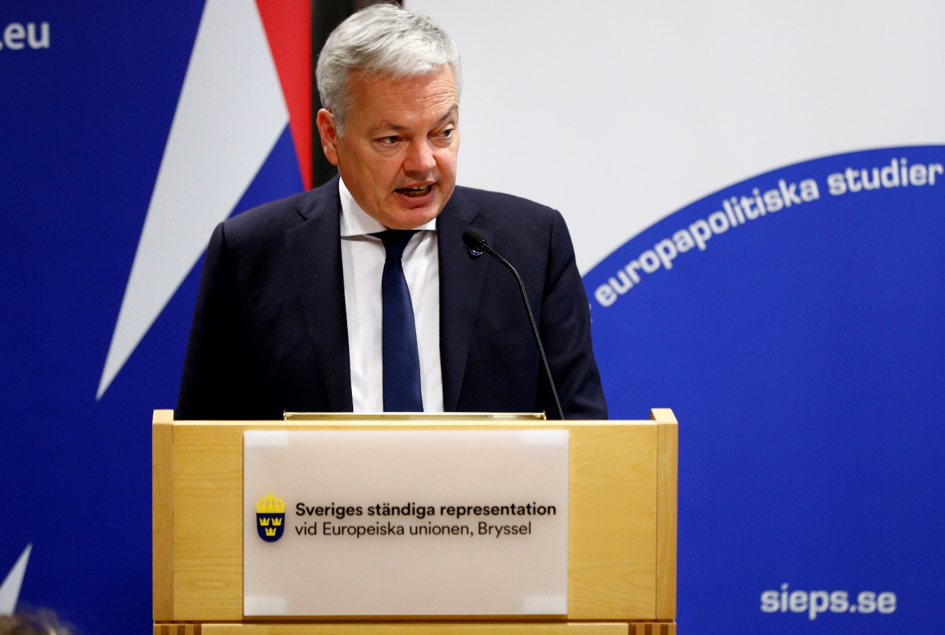 Commissioner Reynders stressed the need to challenge “the populist narrative that puts the rule of law against democracy” and stated that the commission will not compromise when it comes to defending common values. “The problems are real, and we need to go faster.” 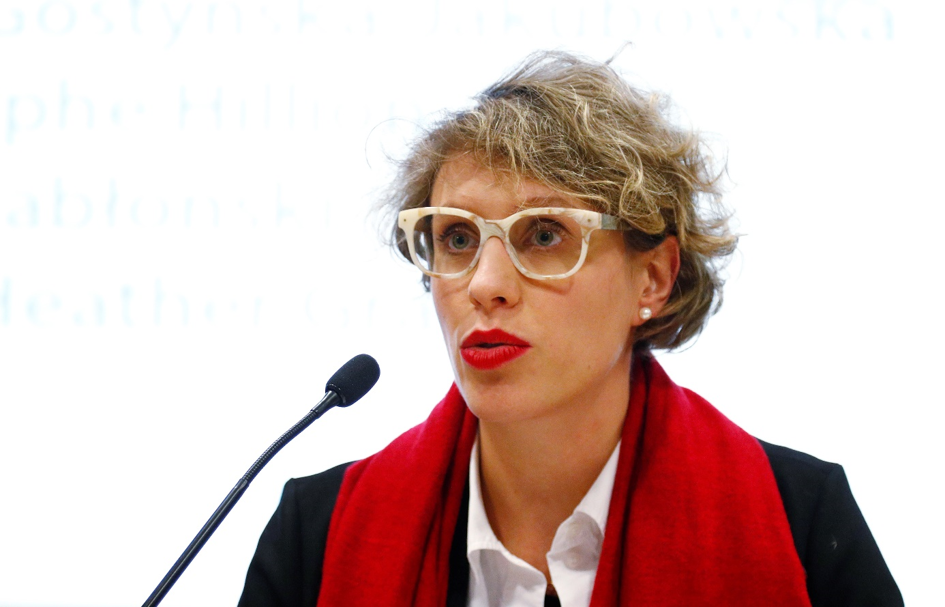 Agata Gostyńska-Jakubowska presented the main findings from the CER policy brief. Key messages included taking a comprehensive look at the problem and recognizing the decline of the rule of state in many Member States. Among the recommendations made by the authors, she underlined the involvement of the civil society, the role of positive action and the need to increase EU funding for promotion of the rule of law. 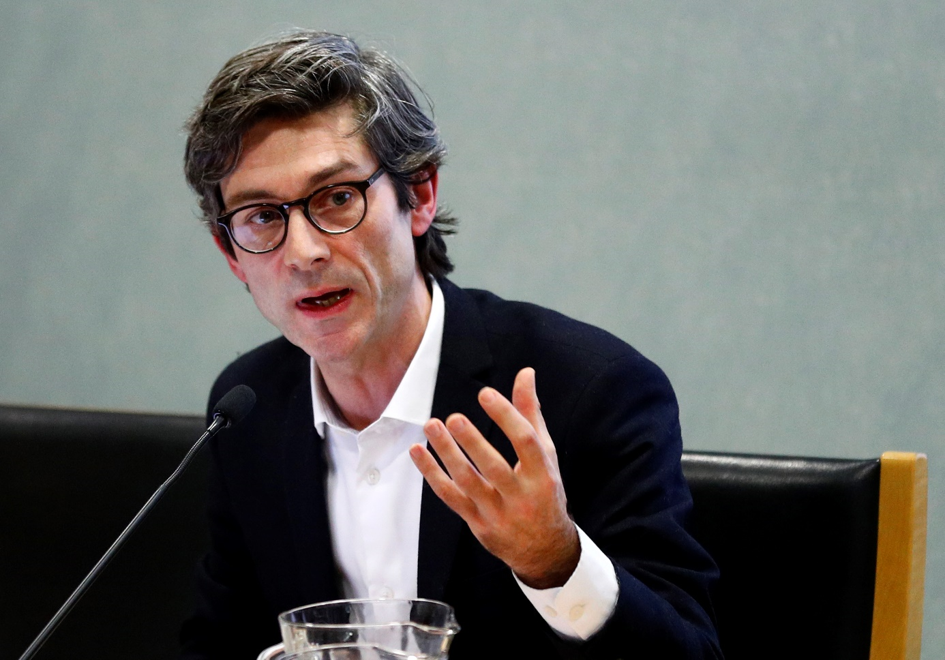 Christophe Hillion made the case for the strong relationship between democracy and the rule of law. Violating EU law, he argued, amounts to going against the will of the people, since EU membership is a democratic choice. Consistent disrespect for the rule of law could even be interpreted as an intention to leave the union, in line with article 50. He also emphasized that the EU still have instruments available in its toolbox, one element being the obligation of sincere cooperation. However, the most toxic aspect of the rule of law crisis might be the risks for EU’s international reputation, he concluded. 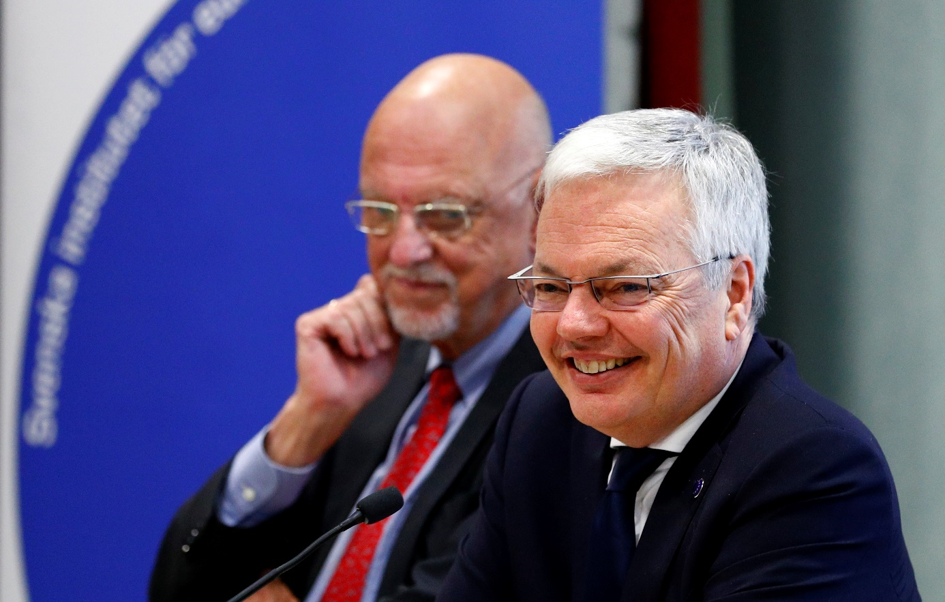 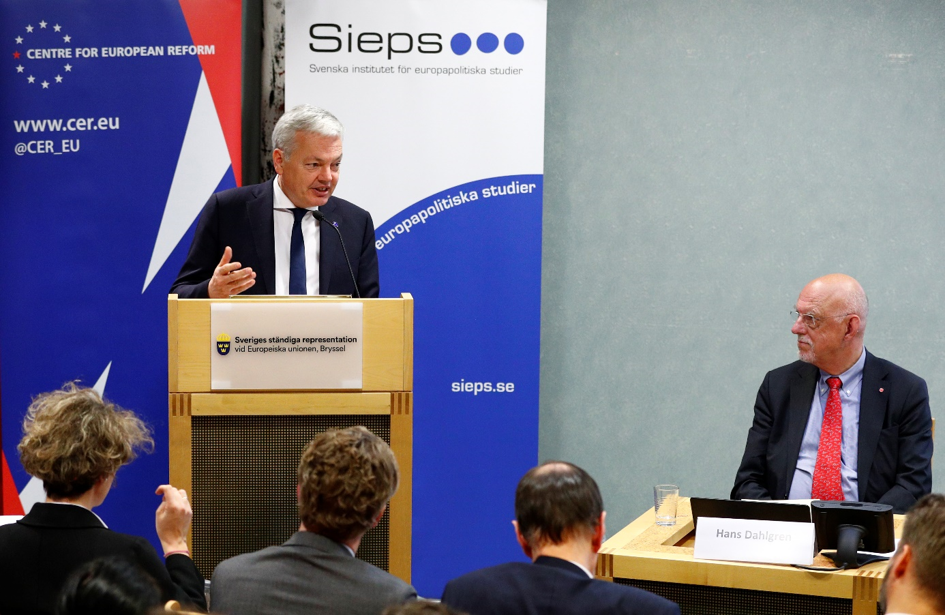 The fundamental value of the principle of the rule of law was also underlined by keynote speaker Didier Reynders, the new Commissioner for Justice. The Commissioner described the priorities set by the new Commission, referring to President Ursula von der Leyen’s programme, where she emphasized the fact that the EU is a community of law.

Among the new initiatives, Commissioner Reynders particularly mentioned the comprehensive annual monitoring, a task that he will lead and coordinate. This effort will cover all Member States and aims at identifying risks, bringing forward solutions and providing early support. Other proposals include the promotion of the rule of law culture and the protection of the EU budget. 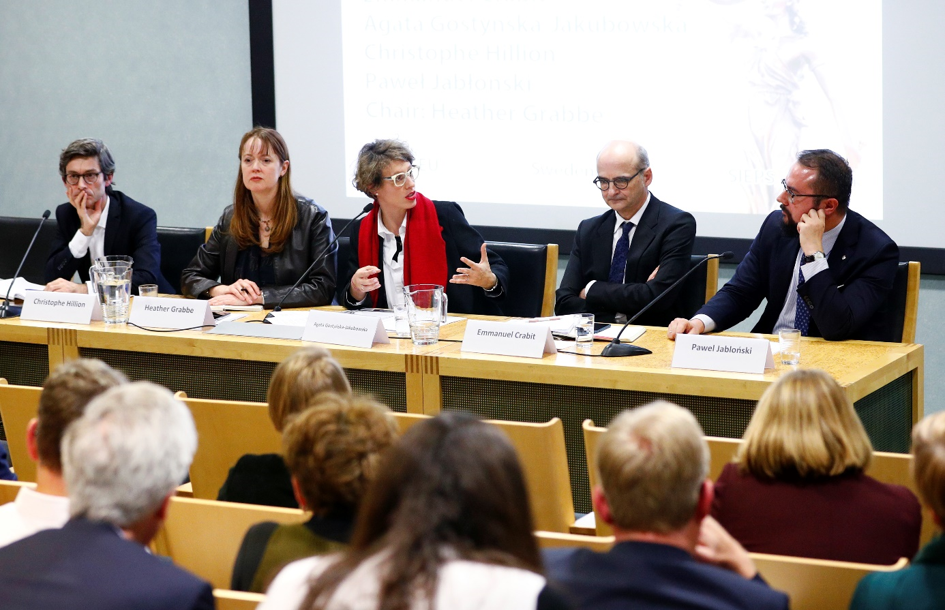 At the seminar, senior research fellow at CER Agata Gostyńska-Jakubowska (middle) presented a policy brief cowritten with Ian Bond, Director of foreign policy at CER: The rule of law: Democracy’s bastion, or its nemesis? The panel included Paweł Jabloński (right), Undersecretary of State at the Ministry for Foreign Affairs in Poland, Christophe Hillion (left), Senior researcher in Law at SIEPS and professor of European law at the Universities of Oslo and Leiden, and Emmanuel Crabit (2nd from the right), Director for Fundamental Rights and Rule of Law, European Commission. Heather Grabbe (2nd from the left), Director at the Open Society European Policy Institute, acted as chair. 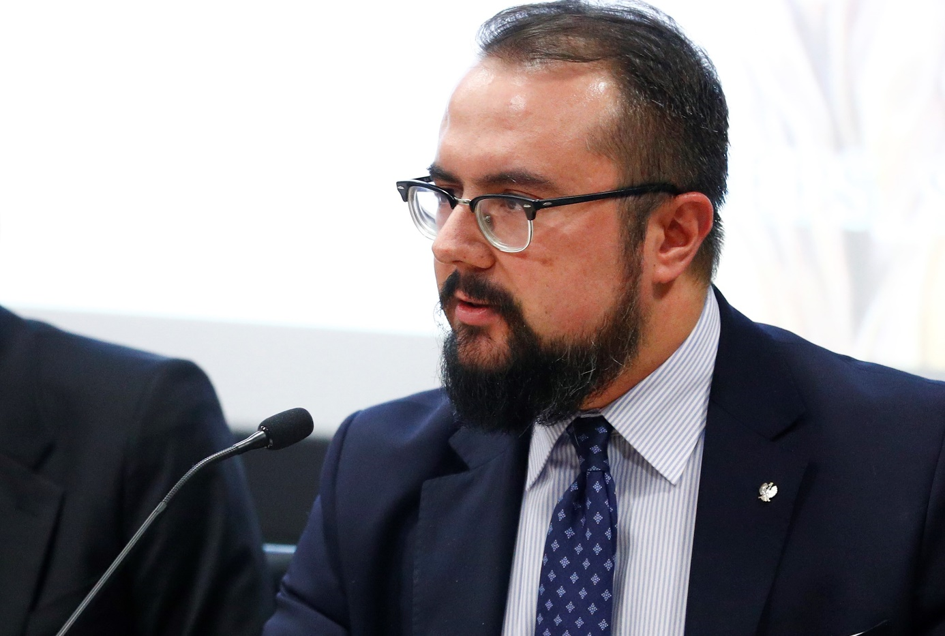 Paweł Jabloński welcomed the approach of the Commissioner but stressed the importance of treating all Member States equally. He also saw contradictions in the arguments for conditionality, as legal obstacles have been raised. The problems with this method, Jabloński said, is that it is too arbitrary and dependent on political considerations. Referring to the variety of judicial systems within the EU, he also pointed at the risk of politization when one national system is singled out.

Emmanuel Crabit applauded the idea of taking positive action and explaining the issue for the general public. Although it is a challenge to enhance the knowledge of EU standards, “the rule of law is not only a matter for lawyers – it is too serious for that”, Crabit said. A second challenge is moving from words to action. In that sense, the annual report should trigger internal discussions and mutual learning. Importantly, it needs to have both a comparative approach and an analysis of each specific context. In the end, he underlined, “the point is not the variety of the systems, the point is the result.”

The CER policy brief by Agata Gostyńska-Jakubowska and Ian Bond: Democracy and the rule of law: Failing partnership?

A short summary of the seminar in Swedish, Rättsstaten: demokratins fundament eller motsats?

Overseeing the rule of law in the European Union: Legal mandate and means, A European Policy Analysis from SIEPS by Christophe Hillion