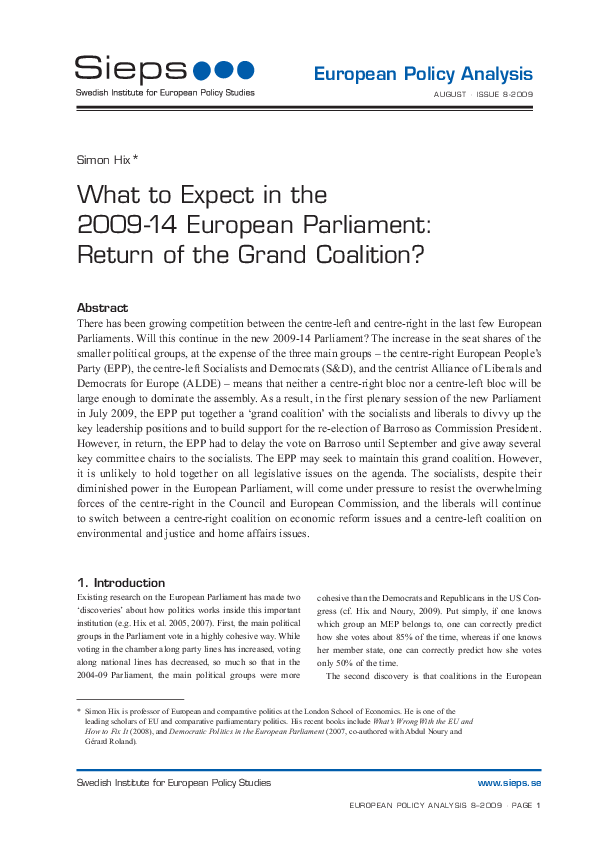 The leading scholar Simon Hix assesses the likely political constellations in the 2009-14 European Parliament by linking existing research to the current political composition of the EP and asks whether there will be a return of the "grand coalition".

The analysis is part of the research project Representation, delegation and democracy.