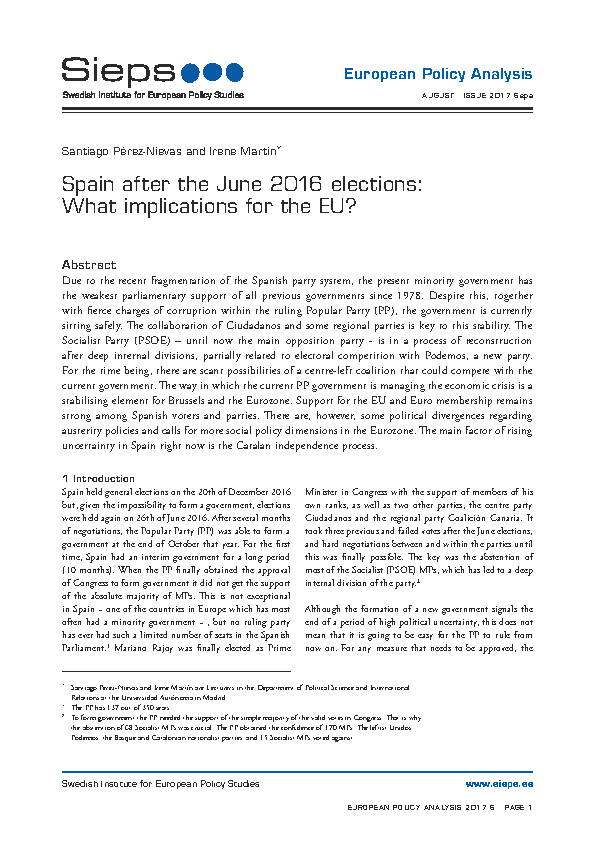 All the while the Catalan government is firmly determined to hold a non-constitutional referendum on independence from Spain and in spite of approaching budget balance and increasing growth the country is still wrestling with high levels of unemployment. The opposition to the government is strong however divided between the new left formation of Podemos and the Socialist Party, PSOE, which at the moment is going through a leadership crisis. In this analysis, the authors discuss the political situation in Spain, the role of EU in the political debate and what the EU can expect from the future Spanish political complex.