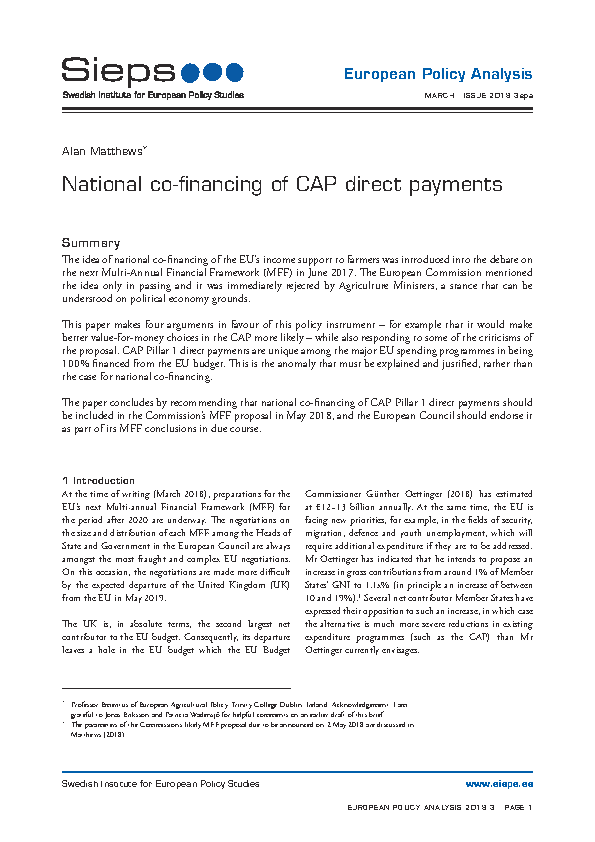 Today, direct payments to farmers are wholly financed from the EU budget, whereas other major EU spending programmes are co-financed by the Member States. This anomaly has resulted in important efficiency losses for the EU as a whole, according to Alan Matthews, whose major research interest is agricultural policy.

In this analysis, he makes the case for national co-financing of CAP direct payments. This model would give better value-for-money choices, reduce costs and free up EU budget resources.

The author therefore recommends that the idea should be included in the upcoming negotiations on the long-term EU budget, to be applied after UK's departure from the European Union.