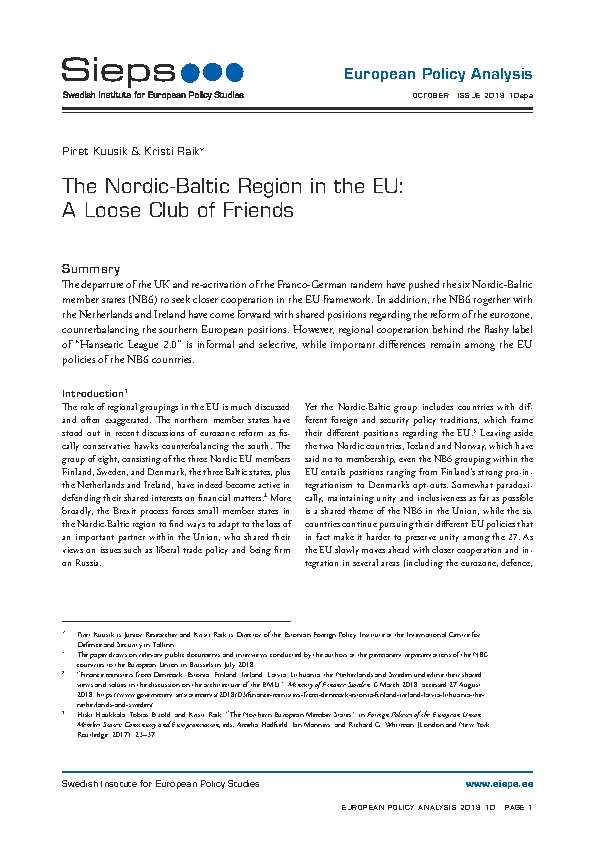 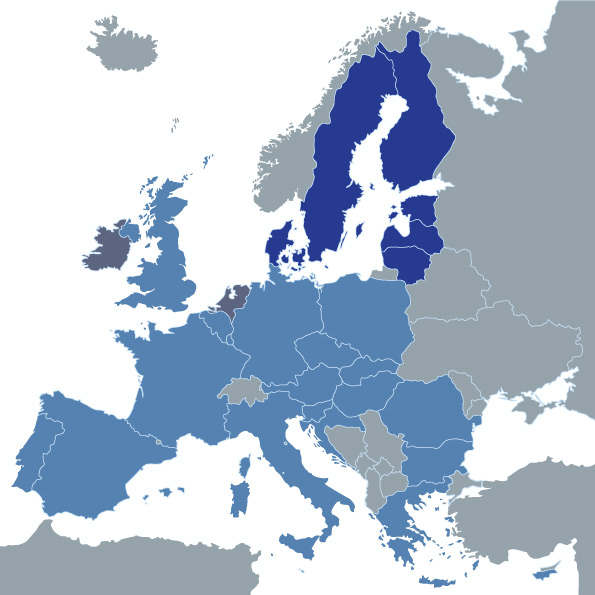 Within the Nordic-Baltic group, there is a sense of belonging to a family with common historical and cultural ties. Since Britain's decision to leave the EU, there is also some cooperation with the Netherlands and Ireland.

This analysis discusses similarities and differences among the six countries with respect to EU policy. Although all countries favour maintaining EU unity, their levels of integration range from Finland's pro-European stance to Denmark's opt-outs.

Due to the different positions, the authors argue, cooperation is not always a given. One example is security in the Baltic region. In this area, the countries not only share an interest but have also come closer to each other in their assessments of the security environment. Yet, their policy responses tend to be guided by their different experiences.