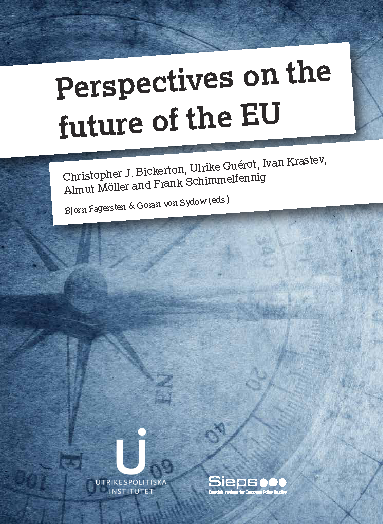 In this volume, five leading European scholars go beyond policy issues to focus on the future of the EU as a political system. At the heart of their contributions are the prospects for legitimacy and democracy in the union:

With these different and sometimes opposing perspectives, the aim is to shed light on where the European Union might – or should – be heading.

This anthology is jointly published by the Swedish Institute of International Affairs (UI) and the Swedish Institute for European Policy Studies (SIEPS). The authors originally presented their analyses in the winter of 2018/2019, in a series of lectures co-organized by the two institutes. The volume includes an introduction by the editors, Björn Fägersten, UI, and Göran von Sydow, SIEPS.