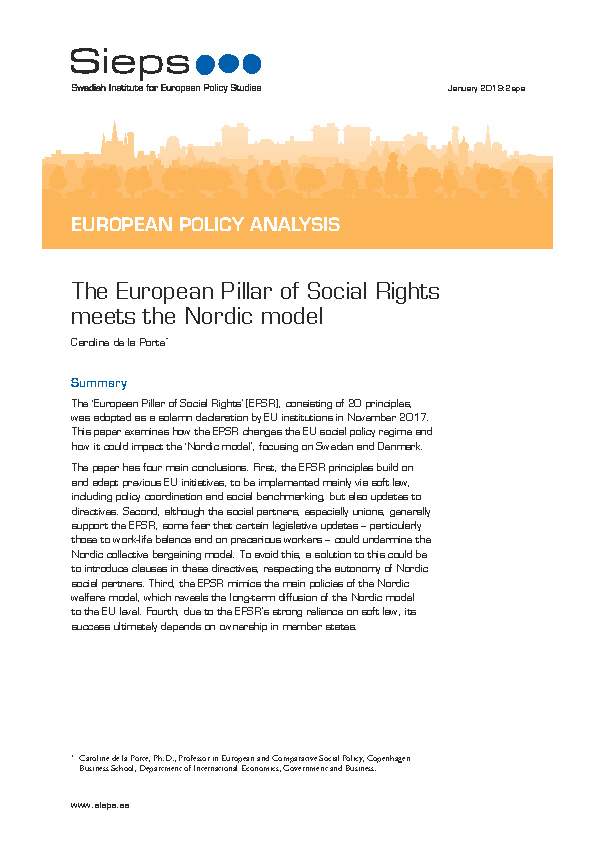 In this analysis political scientist Caroline de la Porte describes the social pillar, the competences on the European and national level as well as the influence of the Nordic model on EU’s social policy.

How the pillar was received in Denmark and Sweden is also described. There is support for the pillar in the two Nordic countries, but also concerns regarding the effects, particularly in relation to the organization of the labour market.

The effectiveness of the pillar is dependent on the Member States’ own actions, due to the strong reliance on soft law as well as existing EU regulation. The author therefore argues that the value of the social pillar is primarily symbolic.