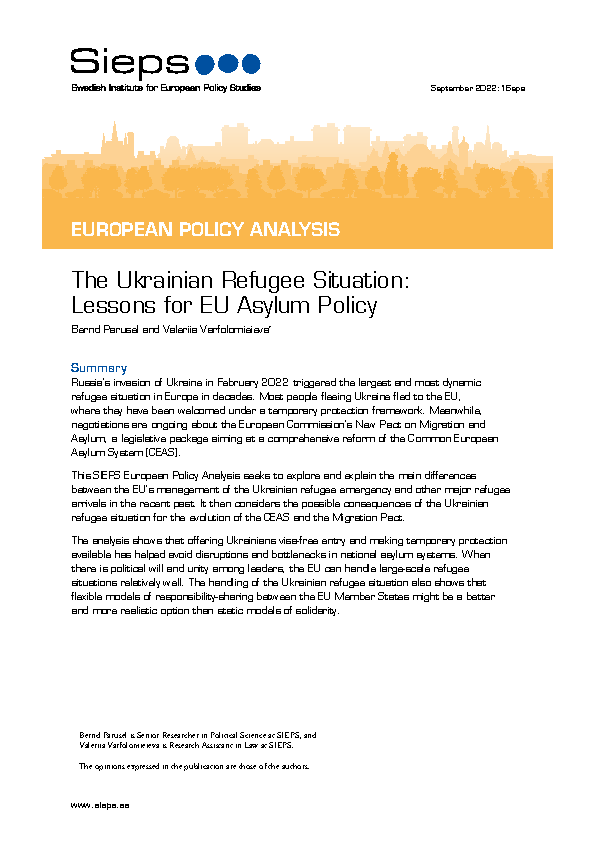 The Russian invasion of Ukraine prompted the largest displacement of people in Europe in almost eighty years. Eight days after the invasion, the EU activated the Temporary Protection Directive (TPD), allowing refugees from the war the right to remain in the EU for up to three years and affording them a minimum set of rights during their stay. The Directive, from 2001, had hitherto never been activated, not even during the peak influxes of 2015. The authors analyse why this time was seen as different.

In fact, the Directive was and is scheduled to be scrapped; replaced as part of the ‘New Pact on Migration and Asylum’, a comprehensive package of reforms to the Common European Asylum System whose final shape is being determined by the European Parliament and the Council of the EU. What lessons can the co-legislators draw from the way the mass influx has been managed? Among others the authors suggest: that temporary protection could be a useful tool for sudden spikes in refugee flows; that secondary movement with free choice as to the destination has many advantages, and that the political framing of the reception of refugees matters a great deal.

Learning and applying these lessons could help the EU make progress in a policy area that has for many years been characterized by distrust between the Member States, political short-sightedness, and policy fragmentation.